There’s always something new to talk about. 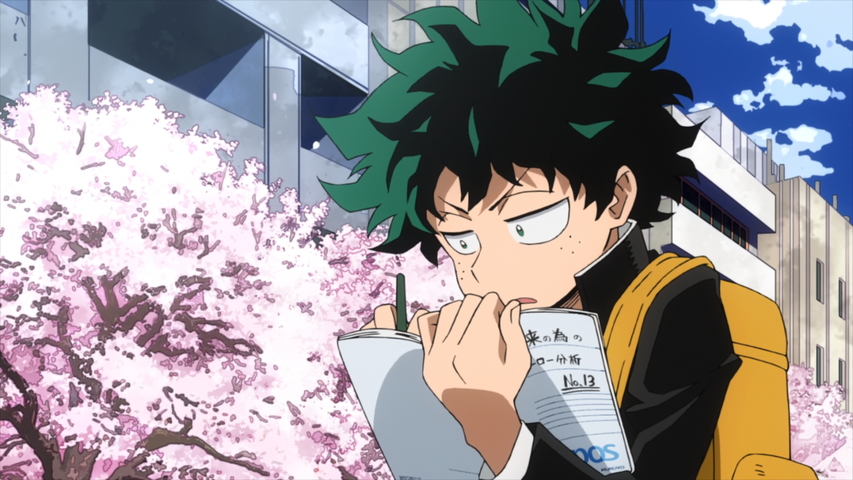 Since the first 10 Thoughts wound up being so successful, I decided to bring it back for another round, but also the question in my head if people would like this to be a weekly column going forward. It’s been a good bit of fun to do, and in turn, I hope the new reviews this past week were up to people’s expectations. They were enjoyable to put together, and definitely featured some thought-provoking shows. Moving on then:

1. As promised, I finally sat down and went through the final half of Star vs the Forces of Evil’s 3rd season…and it did not disappoint. Without spoiling anything for anyone who might have not picked up the show and still wish to watch it sometime, family dynamics are an incredibly tricky aspect of life to manage, and perhaps doubly so when you’re a bunch of magical royals in a dimension where sometimes corn is more important than common sense for the people. A satisfying conclusion to the season, no doubt, and I’ll look to get a review out this week.

2. At the pace things are going, My Hero Academia’s midseason finale is setting up to be something huge. While I’m aware of how these events will probably all unfold, thanks to the manga, watching it get executed in animated form right now is a treat. Also, very happy they brought back simul-dubbing for this season. Both the dub and sub are pretty good, but for whatever reason, the English voice-over was behind by a few weeks when they aired season 2B, and not having the option to choose when the episodes first aired in Japan was a bummer.

3. Appreciative of the feedback received on the Devilman Crybaby review. While it’s only generated a handful of hits, it has in turn generated some really interesting conversation, which feels only right given that it’s a very polarizing kind of show with its content and context. I’ll say this- irregardless of what anyone thinks of the show, anytime a healthy discussion can be ignited from it is a pretty amazing aspect to consider. Animation’s definitely all about having a sense of fun and wonder- but it’s also a serious medium deserving of the same sort of discussion and attention live-action shows and movies receive- and in turn, that’s remained a constant point in my mind as I’ve continued to watch shows and movies.

4. Speaking of things worth talking about, I’d recommend Assassination Classroom to everyone, especially as the school year wraps for many and graduation season is in full swing. I wrote a review about the show roughly a year ago, and it might be one of the few productions I re-watch, simply because it’s so wonderfully fun, serious and unexpected in the best sorts of ways. I’ve always enjoyed simple premises in theory becoming far more than you’d imagine, and this series embodies that.

5. I’ve often wondered the reasoning behind why characters in shows/movies can be more or less popular among fanbases. For me, a well developed individual with a great storyline and a pleasing aesthetic to boot is ideal, but I’m wondering what any of your favorite characters might be and why. Leave a response in the comments! (And if you can’t tell already, make a great response and I might just be persuaded to turn that into something for the “What’s In a Character” series.)

6. Great themes are part and parcel with great shows. An undercurrent of politicization is not, unless it’s a clever parody or more rarely, actually insightful commentary.

7. Another show I’ve fallen far behind on is Cartoon Network’s popular Steven Universe. I was up to date with the series about a year ago, and since then…nothing, though apparently several huge events happened in that show. Despite a reputation that paints it as having a toxic fandom, it’s a solid show which someday, I’ll probably sit down and write about on here.

8. Not that anyone’s claiming that I have recency bias towards shows, but the last anime I watched was Martian Successor Nadesico, from the mid 1990’s. The plan is to bring a review of that show along soon, but as for quick thoughts, it’s definitely got the main hallmarks of 90’s anime: space adventures and giant mechs, with a shady organization pulling the strings to boot. It also has a super catchy opening, “You Get to Burning.” More than anything though, I’d definitely recommend to try out shows from different eras- it’ll give you a better appreciation of where the medium came from and how it has progressed along over time…and well, these shows are still pretty darn entertaining.

9. In turn about older shows, I’m always open to hear suggestions on pre-2000’s series I should undertake. I’ve seen some of the big ones in anime and in the West, but anything from Astro Boy to The Smurfs is fair game, so comments on that are also very much appreciated.

10. Finally, on a completely unrelated note that has nothing to do with animation, the Washington Capitals are playing the expansion Vegas Golden Knights for the Stanley Cup, which is an extremely cool story for a variety of reasons. The city of Las Vegas rallied around their first Big 4 sports team after the mass shooting last year, and in turn, the Golden Knights have turned in the finest expansion season to date of any professional team, blowing away the prevailing experience that these new teams are generally terrible. Some will blame an expansion draft that gave Vegas more favorable conditions than in the past, but it was really always more about having a GM who picked the right players (George McPhee), a coach who got the most out of them (Gerard Gallant) and well, the players themselves, who believed when no one else did. And on the other side, you have the hard-luck Capitals, who return to the Finals for the first time since ’98, when they where swept by Detroit. The difference is that it’s the first Cup appearance for superstar Alexander Ovechkin, and to date, the defining moment of a legacy dogged by comparisons to Penguins superstar Sidney Crosby, he of the 3 Stanley Cups. This series promises to be fun, so if all you non-sports/hockey fans out there want to see why we root for things the way we do, this is a great opportunity. (Finally, for the record, I’m a Buffalo Sabres fan. We’re getting Rasmus Dahlin!)

Like what you see? Comments are much appreciated, especially for points 5 and 9. Don’t forget, free speech is the hallmark of an open republic. And this column is pretty darn fun to write.