The mischievous winter sprite got his own stop-motion special. 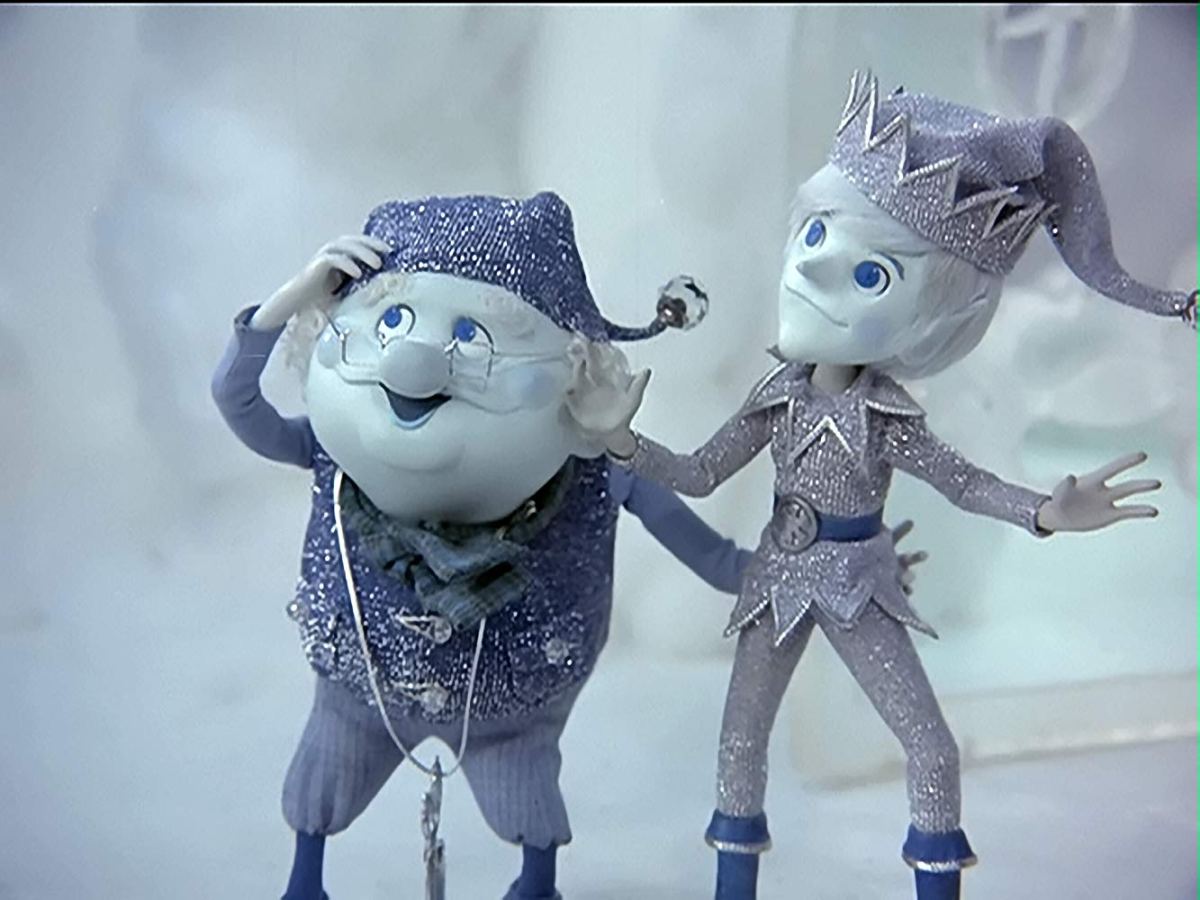 Day 16! Although a day late, this piece is still here as promised, and along with it comes yet another winter legend.  In perhaps the least surprising news for anyone who’s been following the Advent Calendar countdown, Rankin-Bass made several other specials outside of the ones you might know…and this was one of them, about that old wintry trickster himself, Jack Frost.

AniB’s thoughts: Yet again, the company remembered for its Christmas specials released one that was decidedly more “winter themed” in December of 1979 with this production, which actually is narrated by Punxsutawney Phil, known as “Pardon-Me-Pete” through this special. In a sense, this special has to do with Groundhog Day and general winter as opposed to the actual holiday season, but it still had its debut during Advent of its release year- go figure.

Interestingly, this was not Jack’s first role in a Rankin-Bass picture. The frosty pixie made his debut in 1976’s Frosty Winter Wonderland, where he serves as the main antagonist, a a decidedly grumpy on at that (feeling underappreciated), while playing up the impish nature of the character. Frost’s debut as a puppet though, would be in Rudolph and Frosty’s Christmas in July, a feature length film released roughly a half year before his solo outing here. In that movie, Jack makes a late cameo to resuscitate a melted Frosty and family, clearly reconciled over previous differences from the other special.

While there have been several different spins on the character of Jack Frost over the years, this special mostly forgoes his role as the impish trickster of winter, instead opting for a love story of sorts- and Jack’s recasting as a hero when he falls head over heels for a human girl. And in the grandest of Rankin-Bass traditions, there’s a big supernatural entity guiding Jack along in Father Winter. After Jack rescues the girl, Elisa and dreams of marriage enter his head, Winter grants him a chance to become human and have the girl of this dreams- provided he met very specific conditions, such as obtaining a house, gold, a horse and of course, marriage itself. In this way, Jack takes on a fully human form- “Jack Snip,” and starts a tailor’s shop in the small locale of choice, aptly named “January Junction.”

Of course, none of these specials would be complete without an eccentric and completely silly villain, and the role here is filled by Kubla Kraus- an evil Cossack king who lives on the self-explained Miserable Mountain alone with his ventriloquist dummy and his army of mechanical soldiers (called “Keh-Nights. No, I’m not making this up.) Between Jack’s goal of wooing Elisa and Kubla’s involvement in making life thoroughly unpleasant for January Junction, the two come into conflict inevitably over the girl…though things turn out both as you might expect and not expect all at the same time.

Now I will give a lot of credit in this special because as far as building any sort of mythical lore for Jack Frost, Rankin and Bass had a lot of creative license on this film, in part because Frost didn’t have a hugely defined role in the general cultural ethos of the holiday. He wasn’t Santa Claus, or even Rudolph, whom I discussed already a bit at length about in some other pieces, or even Frosty who had his own number of sequels as well. It’s a little easier to swallow some of the usual absurdity because of Jack Frost’s supernatural origins, and it really feels in some ways like a fairy tail type of backstory for the titular lead. For an enjoyable, different experience, this one still airs seasonally on Freeform (formerly ABC Family), so if you’ve got the channel still, you’re likely to be able to see it if you’re just scrolling around for a watch.

Animation Quality: Rankin-Bass returns yet again with the “Animagic” stop-motion style. One thing is evident; the animators in Tokyo who did the actual work with the puppets had improved over the years, and everything seems a bit smoother and cleaner, especially when compared to an earlier special like Rudolph the Red Nosed Reindeer (which was back in 1964!) Here, the same sort of charm is preserved, as this style of stop-motion helped preserve the unique character of all the company’s specials that used it. 4.25/5 points.

Characters: Jack Frost is the lead and pretty self-explanatory. He’s both carefree and energetic, both as a sprite and a human, but he also shows a good heart to go with it.

Aside from Jack, there’s a bunch of other supporting characters, chiefly narrator “Pardon-Me Pete,” the famous groundhog who enjoys his winter slumbers thoroughly, Elisa as the love interest (she’s a pleasant girl but there’s not a lot more to say about her), Sir Ravenal Rightfellow- a heroic knight who is Jack’s main competition for the girl’s heart and hand in marriage (but not an antagonist), and Kubla Kraus as previously mentioned- a thoroughly evil king who enjoys his solitude and greed along with being a terrible ruler. Jack is also joined by two other sprites in his human endeavors- Snip and Holly, who assist Father Winter normally, and this comprises most of it. Simple cast, simple but effective lead, self explanatory protagonist. Perfectly adequate. 3.25/5 points.

Story: This is both a legendary story (about Jack Frost) and a love story as well considering the contents. Not terribly complicated, but decently entertaining. 3/5 points.

Themes: This special is really meant more for enjoyment than any strong moral tale, although I suppose opposing an evil king is a righteous thing to do. Doesn’t quite have the Christmas pull either with the more general “winter theming.” 2/5 points.

Don’t Insult the Viewer: A variety of original songs, family friendly entertainment and a lasting shelf-life that has kept it in the seasonal rotation of a network are all some nice points in its favor. 5/5 points.

Overall: 17.5/25 (70%): While Rankin and Bass certainly made a lot of these holiday specials, this was solid, creative work on a character they had a bit more license to do what they wanted with. No, it doesn’t get as crazy as something like Rudolph’s Shiny New Year, but that’s just as well; this one might be worth a look not only during December but for a quick watch at any point in the winter.